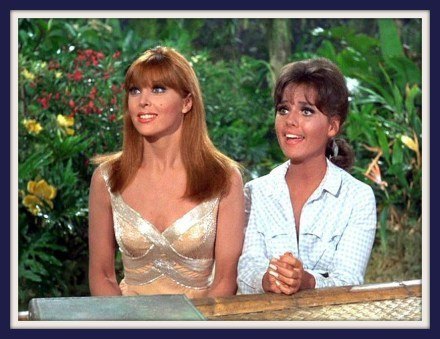 I’m sure you have a favorite.

Either you’re a fan of Ginger or Mary Ann.

In case you don’t know what I’m talking about, Gilligan’s Island was a silly television show in the 1960’s.

7 castaways stranded on a desert isle after their boat crashed in a storm.

Brain-dead, stupid humor that I loved as a 5 year old.

I don’t remember the last time I watched an episode but I’m sure I’d still get a chuckle out of the sophomoric humor.

Mary Ann was the cute girl-next-door and Ginger was the beautiful movie star.

When I shared an article on Facebook that Mary Ann passed away, people from all over the world chimed in.

Everyone had a clear favorite and lots of people chimed in. I was shocked how many people jumped into the conversation.

There was no debate and no shaming. People shared their favorite without saying why and nobody attacked each other.

It was very refreshing to see given the nature of social media these days.

If I would’ve posted just "Trump or Biden” or “Fox News or CNN” on Facebook, a war would break out.

Polarizing or opposite personalities attract an audience and lots of debate (Ginger and Mary Ann are opposites but not polarizing).

Dan Kennedy is the first marketer who taught me about creating a faithful tribe by polarizing people.

Dan is arrogant, annoying and rude.

Dan is very far right-wing with very strong, conservative opinions. And he makes it very clear where he stands.

The only way to reach Dan is to send a fax to his office on Tuesday or Wednesday between 10 AM and noon (I haven’t been in Dan’s orbit for a few years so I don’t know if this is still true).

You have to send a fax.

If you don’t like the fact that Dan is very conservative and is hard to reach, you are not going to be in his tribe.

This is one way to build an audience of like-minded people. You will only work with people who agree with you.

Polarization is not my style. Maybe it works with you.

I don’t care what your political or religious beliefs are.

I like to work with smart, motivated people who want to help others.

Are You Selling to the Wrong Audience?

Previous Post Are You Selling to the Wrong Audience? Next Post Did Gilligan Ever Get Off the Island?