When was the last time you were fired? | Ted Prodromou

Has Your Career Been Disrupted? 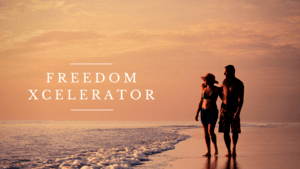 When was the last time you were fired?

Last week I spent a few days with Perry Marshall (www.perrymarshall.com) in his home office in a personal coaching session. I met Perry a few years ago at a conference and I've been a huge fan ever since.

I didn't know what to expect when I arrived at Perry's house. I knew the there would be four of us in the 2 day coaching intensive but I had no idea what to expect. I knew it was going to be a great experience and I would learn a ton because Perry always overdelivers.

I did learn a ton and I'll share some of my learning in future posts. What I want to share now is a story about how Perry has gone from being fired three times, yes three times, to a highly successful business owner.

Perry was working for an industrial supply company one day he was bored so he decided to play a trick on one of the assistants at a remote office. Perry and his friend crafted a fax from the CEO stating that the company was struggling financially and they would be closing their doors after the next payroll. He signed it with the CEO's name and faxed it to the assistant in a remote office.

It was a slow day at the office so he expected the woman to call him back as soon as she received the fax, laughing at the joke. Perry waited and waited but there was no callback. He waited a little longer and finally called her to see if she received the fax.

When the woman answered the phone she wasn't laughing. She thought the fax was serious and she was in tears. She called her family and friends and was devastated.

What made things worse, she faxed the letter to other offices and it spread like a computer virus. In no time, the fake letter was all over the company.

Of course Perry was fired immediately for the prank and moved on to a new job. He was fired from the new job and his next job in no time.

Perry realized he wasn't cut out for the corporate world and started consulting on his own. Today Perry works from home and is a highly-successful marketing consultant and Google Adwords guru.

Getting fired three times obviously devastated Perry but he never gave up. He dusted himself off and kept moving forward, learning from his mistakes.

Think about how you can learn from previous mistakes and turn those mistakes into success for your business.

To your online success.