The Death of the Coaching Industry 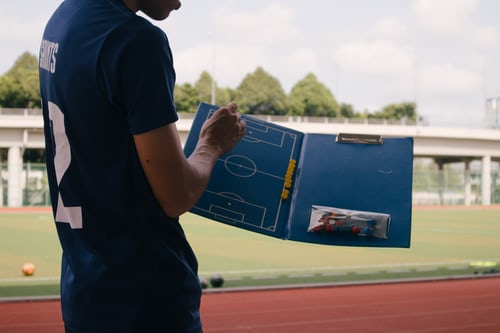 I'm not an overly dramatic person but there are plenty of signs that people perceive coaching in a very different way than in the past.

I had to complete six core classes then complete a nine-month certification program.

There was an extensive written exam followed by an oral exam and a live coaching session.

It was a significant investment in time and money to complete the certification process.

At the time there were only two organizations offering accredited certifications.

How about a self-study certification for $37?

These certifications are not accredited.

They are a money-making scheme offered by marketers who are not accredited coaches.

Their only objective is to make money and hand you a fake certificate at the end of class.

They're great marketers who know nothing about coaching.

I've seen their curriculum and it's downright dangerous.

And it's damaging the coaching industry.

This explains why the number of coaches on LinkedIn has TRIPLED in the past 18 months.

The underlying theme in real certification programs is knowing the difference between coaching and therapy.

There is a fine line between coaching and therapy.

I see a lot of "certified" coaches crossing that line.

Practicing therapy without proper education and licensing is very dangerous and illegal.

Non-accredited certification programs do not address this issue.

I have nothing against charging premium rates if you offer a premium service.

When you charge a premium rate and you don't know what you are doing, it damages your reputation and the industry's reputation.

In 2001, people were intrigued when you said you were a coach.

It was a new industry, and most coaches were transitioning from therapy or consulting.

They had a lot of experience, and they were good at what they did.

Essentially, they were leveraging the growing popularity of coaching.

I stopped calling myself a coach a few years ago because the coaching industry has been diluted.

People used to gladly pay premium rates for coaching because there were only a few of us and we knew what we were doing.

With almost 7 million coaches on LinkedIn today, coaches are a dime a dozen.

The coaching industry used to be Nordstrom-like.

So many people have been disappointed and ripped off by unqualified coaches.

Coaching used to be offered as one-on-one coaching and group coaching focused on life coaching, business coaching, or career coaching.

Most of these "coaches" do not run a successful business using the strategies they teach.

LinkedIn "experts" who fail to mention they are LinkedIn coaches in their own LinkedIn profile.

I know a lot of people who dropped $15-50K on marketing coaching and received absolutely nothing in return.

Tactics and strategies that worked a few years ago but no longer work.

Aggressive strategies that get you banned by LinkedIn, Facebook, and Google.

Threats to take you to a collection agency if you stop paying because they aren't delivering what they promised.

These unethical coaches will soon move on to another money-making scheme but the damage they're doing to the coaching industry is irreversible.

How do you change the perception of coaching so people value coaches again?

Can the coaching industry recover and change public perception?

I'd love to hear what you think.