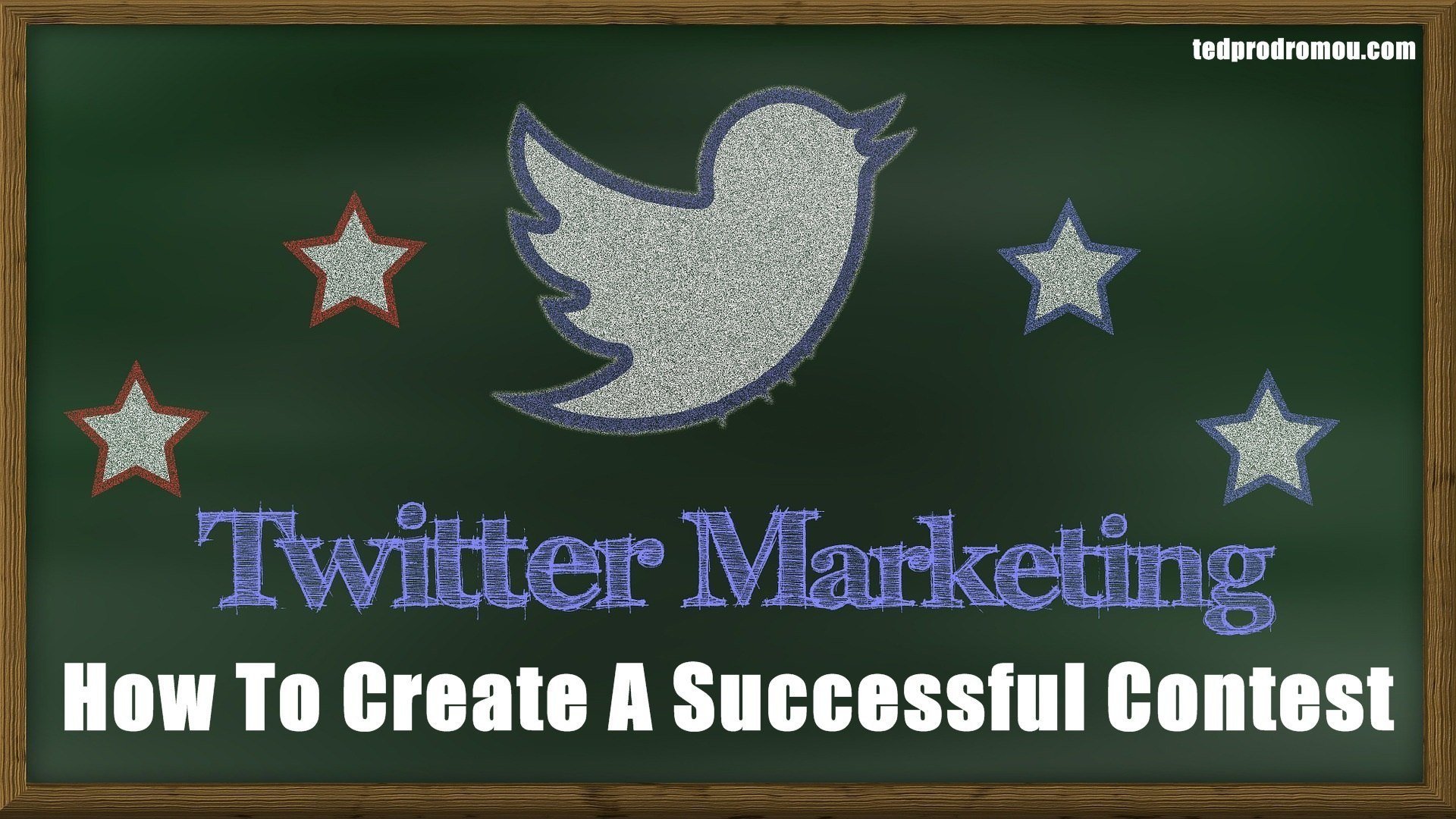 Twitter contests are easy to set up and run, but you should carefully plan them, to make sure you attract the right people to your contest.

When they Tweet your message, they are automatically entered into a drawing to win a prize. The prizes are usually awarded to people who follow you and/or people who Tweeted your predefined message.

The results of Twitter contests are usually excellent if you plan them properly. The people who follow you during the contest usually stay engaged with you longer than other followers and they tend to take more action by Tweeting, ReTweeting and Replying to your Tweets.

They seem to get a sense that we are in this together and they go out of their way to support you and your company. They also tend to become frequent visitors of your website and other social media communities like your Facebook and LinkedIn pages.

The best thing about Twitter contests, is that you can expect to see a 20 to 25 percent increase in your followers and they will be very targeted followers. People will not participate in a Twitter contest if they aren’t interested in your product or service.

You also want to collect contestants’ contact information during your Twitter campaign, so you can nurture your new leads and eventually turn them into customers.

You collect their contact information, by enticing them to fill out a web form on your website or blog.

You want to attract targeted followers when you run a Twitter campaign. It won’t help you if you attract thousands of new followers who are only interested in the prize you are giving away.

There are several ways to attract targeted followers during your Twitter campaign.

When you create a plan for your Twitter contest, it needs to do two things:

This may seem obvious to you, but it’s imperative that you design your contest properly and choose appropriate prizes so you attract the right people.

Choosing the right prizes that appeal to your targeted Twitter audience, will make your contest more successful.

Offer Prizes From Partners or Associates

A great way to generate even more buzz with your Twitter contest is to cooperate it with one of your partner companies or associates. You can expand your Twitter network even further by co-promoting a campaign so both companies benefit.

Your company could be the primary in the Twitter contest and you could offer a prize donated by your partner company. This approach will grow your Twitter followers while providing publicity and exposure for your partner company, a win-win scenario for all.

When you reach out to partners or associates to ask them to participate in a Twitter contest, explain to them how they will benefit, how a Twitter contest works, and the role they will play. Let them know they will receive a lot of publicity, web traffic, and hopefully lots of new customers.

When they donate one of the prizes for the contest, people will get to experience their product or service and will in turn tell their friends about their experience.

You will benefit most from your contest if you focus on your sponsor, more than you focus on your company. Make them the center of attention in your promotional campaigns and give them as much publicity as possible.

Link to their blog and website as much as possible. Go out of your way in your contest promotions, to thank sponsors for donating the valuable prize. Rave about the value of the prize and how great it would be to win.

When the sponsor sees how supportive you are, they will become more enthusiastic about the contest and promote it like crazy to their customers and prospects. The more they promote the contest, the more followers you get who in turn could become new customers for you. Provide your sponsor as much value as you can and your contest will be a huge success.

How Long Should the Contest Be?

People frequently ask me how long to run their Twitter campaigns. Of course my answer is, “It depends.” I’m not trying to cop out and not answer the question. It depends on your objective for the campaign.

Some contests work best if you run them for a very limited time. For example, if you are running a Valentine’s Day contest, it doesn’t make sense to run it for two or three weeks. That’s way too long. Valentine’s Day is only on our radar for a few days, maybe a week.

The optimal time for a Valentine’s Day contest is about a week. You want to give the contest time to build up and generate a big buzz but you don’t want to drag it out too long. You want to create a sense of urgency so people will want to get in before it’s too late.

You can run some contests for longer periods of time and still create that sense of urgency. Every year companies like Turbo Tax and H&R Block run contests for a month before taxes are due on April 15.

Another approach you may want to try is to run a contest for 10 days, if your customers spend a lot of time online on weekends. You start the contest on a Friday and run it for two full weekends and the week in between.

This gives you plenty of time to generate momentum for the contest. You could even give away smaller prizes on the first weekend and lead up to a grand prize that would be given out on the last day.

Play around with some small contests, so you get a sense of how long you can hold your followers’ interest.